Rava and Jews Who Were Not Fond of the Rabbinic Traditions 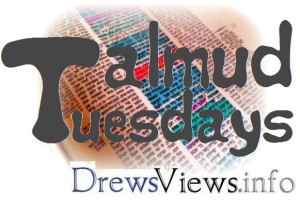 As I mentioned on Thursday in my post on the first chapter of the Tanya, Rava seems to be defending the many Jews with whom he has been in contact who do not follow the words of the Sages, as referenced in bYevamos 20a and bNiddah 12a, respectively:

אמר ליה שאני אומר כל המקיים דברי חכמים נקרא צנוע
אמר רבא ושאינו מקיים דברי חכמים צנוע הוא דלא מקרי הא רשע לא מקרי
Rabbi Ammi said to Rabbi Abba, son of Mamal:
Because I maintain that whosoever observes the words of the Sages may be described as virtuous.”
Said Raba: “Would then one who does not observe the words of the Sages merely lose the designation of virtuous man?  But would he not be called wicked?”

However, Rava doesn’t leave his rhetorical questions standing and continues: in the excerpt from Niddah, he says “אלא צנועות עד שבדקו בו עצמן לפני תשמיש זה אין בודקות בו לפני תשמיש אחר ושאינן צנועות בודקות – Rather, those ladies who are modest: that they check it themselves before one particular sex-session, but they don’t check it before another sex-session; while those ladies who are not modest, do check;” in the excerpt from Yevamot, he says “אלא קדש עצמך במותר לך – Rather, sanctify yourself with what is permitted to you.”  It is clear that he is not satisfied leaving his rhetorical question and suggests an alternative to the statements of Abaye and Rabbi Ammi.

At first glance, it may seem strange that Rava would defend such Jews, especially since the Talmud records instances of him vigorously defending the words of the Sages!    For instance (bMakkot 22b):

And then there’s also this statement of Rava’s and his actions in which he provides his approach to what an אפיקורוס is (bSanhedrin 99b-100a):

It seems from the two previous examples that Rava is strongly in favor of promoting the words of the sages!  However, he was the rabbi in Mehoza, which was not an easy town in which to be a rabbi, since he “apparently had to reply to a deep-seated skepticism toward rabbinic authority and to defend the authenticity of the rabbinic oral tradition. The skepticism of Mahozan Jewry was fueled in part by the acceptance of the Manichaean polemic against Zoroastrianism and its insistence on oral transmission, and by a strong concern with the problem of theodicy, encouraged by a familiarity with Zoroastrian theology.”1  So, he very much needed to defend the rabbinic tradition in dealing with Jews who did not care for it, which is why the Talmud records instances of him being vocally engaged in defending it.

However, in dealing with these types of Jews who still were involved in the Jewish community and wanted to be connected, yet were very leery of the rabbinic tradition, Rava seems to defend such Jews.  It would seem that he thought: how could they be called רשעים when they still wanted to connect as Jews, even if they were not so keen on the rabbinic tradition?

Blessing on Seeing a Large Crowd of Jews

“Therefore, Let’s Say Both of Them”: The Blessing Combination of Rav Papa
This entry was posted in Talmud and tagged rava, Talmud, Talmud Tuesdays. Bookmark the permalink.