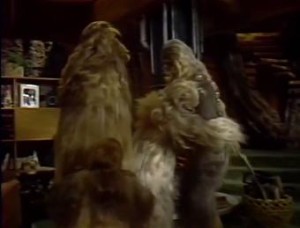 Chewbacca’s wife and son watch as Chewbacca hugs his father 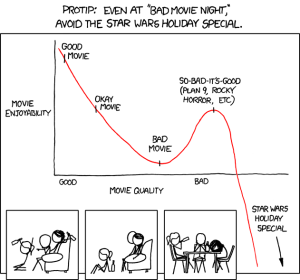 Although I had seen the Star Wars Holiday Special years ago,* I have been wanting to re-watch it for months now.  While I remember the Boba Fett cartoon being valuable and certainly a highlight, I had struggled to recall anything else in it (maybe because I had blocked the rest out of my mind).  With the “holiday season” having recently occurred, I realized that it would be opportune for me to watch it again.

So, last week, I watched it and did understand how bad it was, but also I realized there would be others out there curious about it. Although the Star Wars Holiday Special was only aired once (35 years ago in November 1978) and never subsequently released on VHS, DVD, or BluRay, thanks to the Internet, it’s easy to watch.  There are a few copies floating around on the Internet and one can now choose amongst versions as to the quality (see this post for someone who does comparing of versions).

However, if you’re reading this, you probably also have done some other searching for the Holiday Special and mostly come across various articles outlining how bad it is, whether a variety of how much it sucked, 7 most baffling moments of it, about how it is “special”, etc. (you can find a lot more of those).  Lastly, here is one summary of how bad it is: “It is utterly painful, yet hilarious to experience.  It is not just a bad STAR WARS show, it is easily one of the worst things ever to air in the 70’s – and that’s saying something.”

Look, I will tell you, yes, the Star Wars Holiday Special is probably the worst television/movie release Star Wars has ever put out there, with the next closest being “Ewoks: The Battle for Endor” and “Caravan of Courage: An Ewok Adventure” (which actually did find themselves  released on DVD).  I would probably not recommend watching the Holiday Special to a casual Star Wars fan, but I would suggest it to the hardcore Star Wars fans. 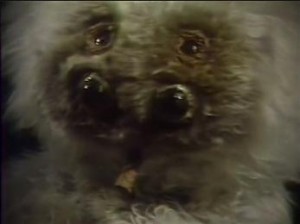 One character in the cantina scene, whose species pops up in the Clone Wars

Here are a few reasons:

3) Cantina creatures: we meet some creatures – albeit not in-depth – who later get included in various other Star Wars productions (even if it is just the Clone Wars).  For an in-depth description of the folks in the cantina, you can check out this incredibly in-depth post at the Star Wars blog. 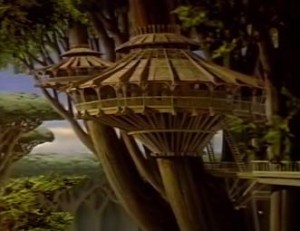 Kashyyyk battle scene in Episode III, in which we can see the treehouses of the wookiees

2) Introduced to the home planet of the wookiees, Kashyyyk, along with other wookiees.  It is nice to be introduced to other wookiees besides Chewbacca, which allows us to see that Chewbacca is not just a weird creature, but is a part of a species.  Not only that, but we also get to see him with his family, including meeting his wife, son, and father (so he’s a familyman/wookiee!).  Also, in being introduced to the planet of Kashyyyk, we learn about this planet, which will eventually be a battle site in Episode 3.

Boba Fett is introduced to us in the Holiday Special, which is great

Again, if you’re going into the Holiday Special expecting something fun and entertaining, you’re going to be heavily disappointed; however, if you expect something bad and something necessary to see, since it’s Star Wars, then go ahead and watch it.

* In the summer of 2007 (I watched in two parts on Google Video, which shows just how long ago I watched it!).

72 Responses to Yes, the Star Wars Holiday Special is Bad, but Here are a Few Reasons you Might Want to Watch