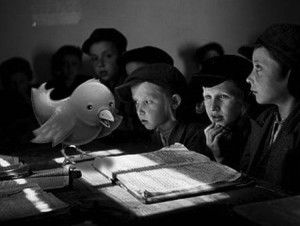 Prior to my official launch of this new blog in a week and a half, I wanted to post several relevant posts of mine concerning social media and the Jewish community that have appeared on other blogs that would be of interest in this particular medium.

How Not To Twitter as a Jewish Organization: The Example of Hillel: The Foundation for Jewish Campus Life [Jewlicious] {August 2010}

Apparently, I’m Not the only One not Blogging as Much – Aargh, Twitter [Drew Kaplan’s Blog] {October 2008}

Posts of mine on Orthodoxy {Foregoing Fridays}
This entry was posted in Jewish Community, Social Media. Bookmark the permalink.