Some Thoughts on TribeFest 2014, Part I: Main Stage & App 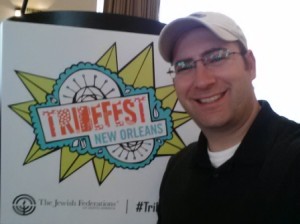 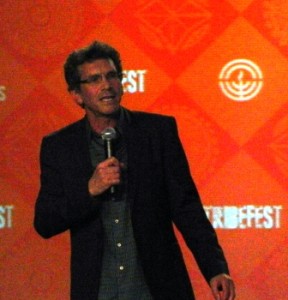 David N. Weiss was hilarious speaking on the main stage at TribeFest 2014 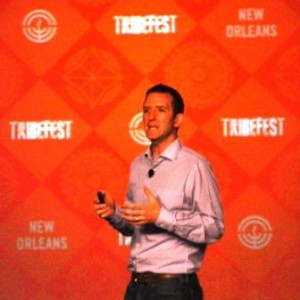 Doug Ulman speaking on the main stage at TribeFest 2014 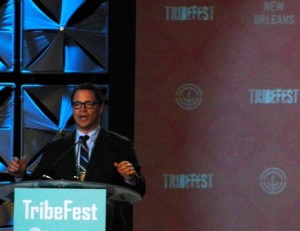 Josh Molina speaking on the main stage at TribeFest 2014

Last month, I had the pleasure of attending the third-ever TribeFest. Produced by the Jewish Federations of North America, this was the first one in New Orleans, with the previous two, having taken place in Las Vegas in 2011 and 2012. As mentioned on my personal blog, it was a powerful experience and one that left me with a lot to intellectually (and emotionally) digest. In this post, I wanted to share some initial thoughts about the event, with more to come in future posts.

Let me start off by saying that it was nicely-run: the signage was professionally done and looked really nice, and everything ran on-time. Another aspect that was really excellent was the TribeFest application, available in both iOS and Android, which not only had the schedules for everything, but had many great features. One was the ability to select which sessions in which you were interested, so we could have your own schedule that we had hand-picked. Another were separate sections in which you could view all of the tweets as well as Instagram pictures that used #TribeFest in them, so you could follow along with what people were saying and showing. I thought the application (app) was a really nice touch.

I thought the main stage presentations were great! Each day, there was an opportunity for everybody to gather and to hear presentations (you could also call them plenary sessions): the conference opened with one on Sunday, had one on midday Monday, and concluded with one final one on Tuesday. All of the main stage pieces were well-timed and hewed to a tight schedule, which is impressive enough for a Jewish gathering! Furthermore, they were well-produced (props to the production team on that), which was superb.  Also impressive was how they began with a marching band, which was one incredible way of kicking things off!

As to the content of the main stage speakers, this year was a huge improvement over the previous TribeFest. At the opening main stage of TribeFest 2012, at least two of the speakers said they weren’t involved Jewishly and expressed surprise as to why they were there and didn’t have the kindest things to say about being involved in Jewish life. In 2014, two of the first three speakers expressed great joy and meaning in being involved with Jewish life, which was a huge improvement and a much better message. At the end of TribeFest, I liked how there was a nicely-made video highlighting some of what had occurred, which was nice to see it packaged like that. Also at the end, I enjoyed their showing of several tweets from the conference, including one of mine!

Where to Get the Best Crew, Gear, Ship Upgrades, etc. in Firefly The Game